The Economic Cost of Traffic Crashes 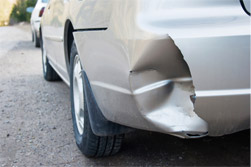 A report released by the National Highway Transportation Safety Administration (NHTSA) puts a $277 billion price tag on the economic costs of traffic crashes in the United States in 2010, a 20 percent increase over its 2000 data.

The economic costs are equivalent to approximately $897 for every person living in the U.S. and 1.9 percent of U.S. Gross Domestic Product, the NHTSA says, and based on the 32,999 fatalities, 3.9 million non-fatal injuries, and 24 million damaged vehicles that took place in 2010.

When you add in the $594 billion societal cost of crashes, such as harm from the loss of life and pain and decreased quality of life due to injuries, the total impact of crashes is $877 billion.

Another takeaway from the survey is the impact of congestion, which accounts for some $28 billion, or 10 percent of total economic costs. This includes travel delay, added fuel consumption, and pollution impacts caused by congestion at the crash site.