What Happens if a Teen Driver Gets a Moving Violation?

Home » What Happens if a Teen Driver Gets a Moving Violation? 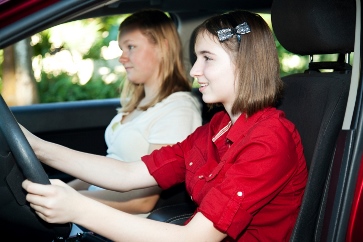 You’ve taught your child well and you are confident that he or she will be safe on the road. They’ve passed their driving test and they are out on their own. Then, you get the call you have been dreading. They’ve been pulled over and now have a ticket to contend with. What does this mean for your teen driver? And, what does it mean for your auto insurance in the process?

Every state sets its specific requirements and penalties for moving violations, regardless of who makes the mistakes. In some states, though, teen drivers may face harsher fines and penalties for making such mistakes. In some situations, teen drivers can face suspension (or even revocation) of their driver’s license. In most cases, it will come down to the details of what happened and why.

For example, teens who are being reckless, such as hanging out their windows while driving or speeding excessively, are likely to face much harsher penalties than those who fail to yield at a stop sign. Of course, as a parent, you may not feel that such mistakes should warrant anything more than adults are charged. However, many areas want to ensure that teen drivers, who are still new and forming skills and habits behind the wheel, do not make a habit of mistakes like these.

It’s also important to consider that teen drivers are more likely to be reckless than other drivers. They are more daring and willing to take risks. In some cases, such as when multiple teens are in a vehicle together, the chances of a moving violation that’s more severe increase significantly. This is why many states have enacted laws limiting the number of people allowed in the vehicle with a teen behind the wheel.

Every situation is different. You can expect a fine and penalty for your teen’s first offense, and potentially additional penalties and suspension of driving privileges if they have had more than one moving violation in a limited amount of time. You may also expect your car insurance rates to rise especially if the incident occurs more than once. Teaching your teen the value of safe driving is essential at all times.